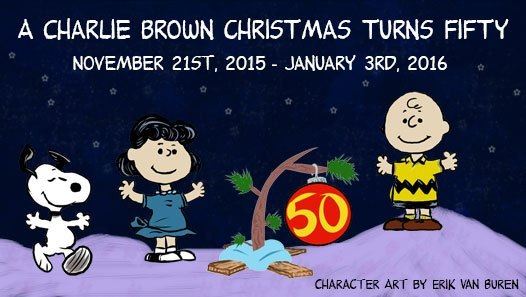 The first of over forty Peanuts television specials, "A Charlie Brown Christmas" is the longest running cartoon special in history. It has continued to air every December since its debut 50 years ago. It is a holiday favorite for countless families and an icon of American pop culture.

The exhibit will feature artwork and creations by the talented artists and illustrators of the Baton Rouge Cartoonist Society. Peanuts items and artifacts on loan from local visitors will also be on display. Visit the museum to enjoy this exhibit and watch the animated film, A Charlie Brown Christmas with a cup of cocoa Sundays at 2:30 p.m, November 29, December 6, December 13, December 20, December 27 and January 3.