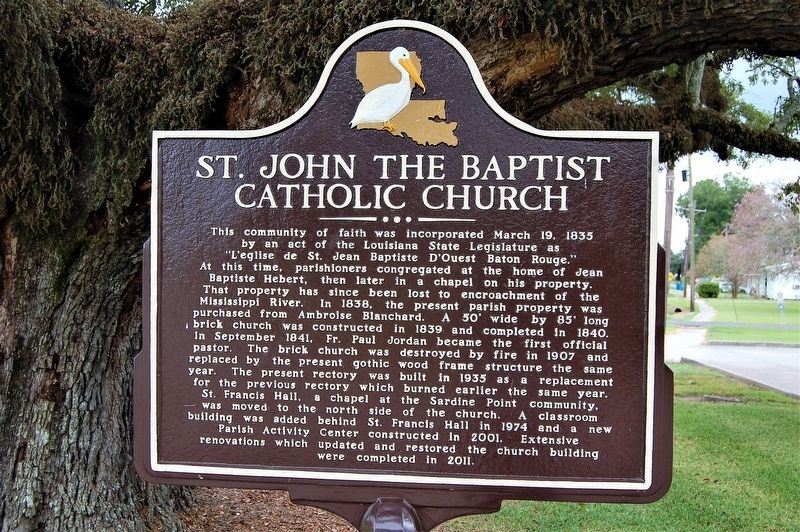 This community of faith was incorporated March 19. 1835 by an act of the Louisiana State Legislature as "L'eglise de St. Jean Baptiste D'Ouest Baton Rouge." At this time, parishioners congregated at the home of Jean Baptiste Hebert, then later in a chapel on his property. That property has since been lost to encroachment of the Mississippi River. In 1838, the present parish property was purchased from Ambroise Blanchard. A 50' wide by 85' long brick church was constructed in 1839 and completed in 1840. In September 1841, Fr. Paul Jordan became the first official pastor. The brick church was destroyed by fire in 1907 and replaced by the present gothic wood frame structure the same year. The present rectory was built in 1935 as a replacement for the previous rectory which burned earlier the same year. St. Francis Hall, a chapel at the Sardine Point community was moved to the north side of the church. A classroom building was added behind St. Francis Hall in 1974 and a new Parish Activity Center constructed in 2001. Extensive renovations which updated and restored the church building were completed in 2011.